Available for shipping in late february, we offer a 3-game bundle including the Deluxe Editions of Xak III The Eternal Recurrence and Startling Odyssey II as well as the caravan shoot’em up Cycho Rider.

This run is highly limited and all copies of Xak and SOII are individually numbered. Every bundle of the first run includes one of our PCEWorks coins.

If you’re just interested in playing the translated versions of Xak III and Startling Odyssey II, but you’re not into collectable packagings or great caravan shooting games, we have a special offer for you.

Since Xak III and Startling Odyssey II have been available as fan translations for some while, we want to give everybody the chance to obtain these discs for free. You can get a set with the two CD-Rom² discs (no packaging, no manuals). The discs will get packaged in sturdy carboard envelopes to ensure safe travel around the globe. While stock lasts (Update as of June 2015: we shipped out over 800 free bundles over four months. All available discs are now gone!)

Xak III The Eternal Recurrence is part of our first presentation for 2015. Definitely one of the most requested games, this deluxe edition of the game comes in a truly stunning looking and embossed deluxe packaging including a full color 16-page booklet in English language.

Xak III is a classic action adventure, not unlike the original Ys series. The ability to form a party of up to three members and have party members act on their own gives the game a little more complexity though and a deeper RPG-touch. 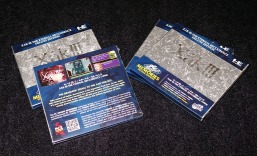 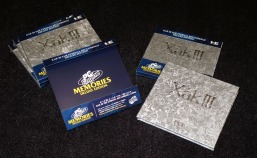 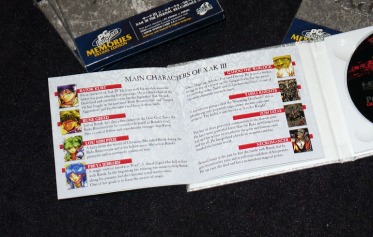 The deluxe edition of SOII also comes in a gorgeous looking packaging. The game includes a full color 16-page booklet in English language, a map (with extensive item listings on the back) and even a translation of the manga included in the original japanese game manual. 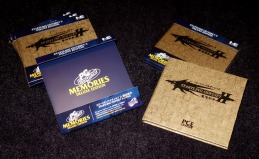 Cycho Rider completes our february presentation. Cycho Rider is a 2-minute caravan shooting game, very similar to Hudson’s entries to the Star Soldier series or Naxat’s contributions to the festival shoot’em up series (Nexzr or Alzadick).

Cycho Rider was originally included on the Seiya Monogatari Taikenban disc, a demo CD-Rom² included with a mook about this late PC Engine RPG (Seiya Monogatari or Anearth Fantasy Stories). We always found that it was a real shame that the game – although just being a 2-minute caravan shooter – was missing out on a proper presentation or packaging. So, here you go…

Our disc only includes Cycho Rider. The japanese Seiya Monogatari demo has been removed, so the discs directy boots into this nice little caravan shoot’em up. Also watch out for our little Cycho Rider contest starting today!

UPDATE: Cycho Rider now is part of the Caravan Battle Stage boxset. It’s also available on its own, but it’s not longer bundled with Xak III and SO II.